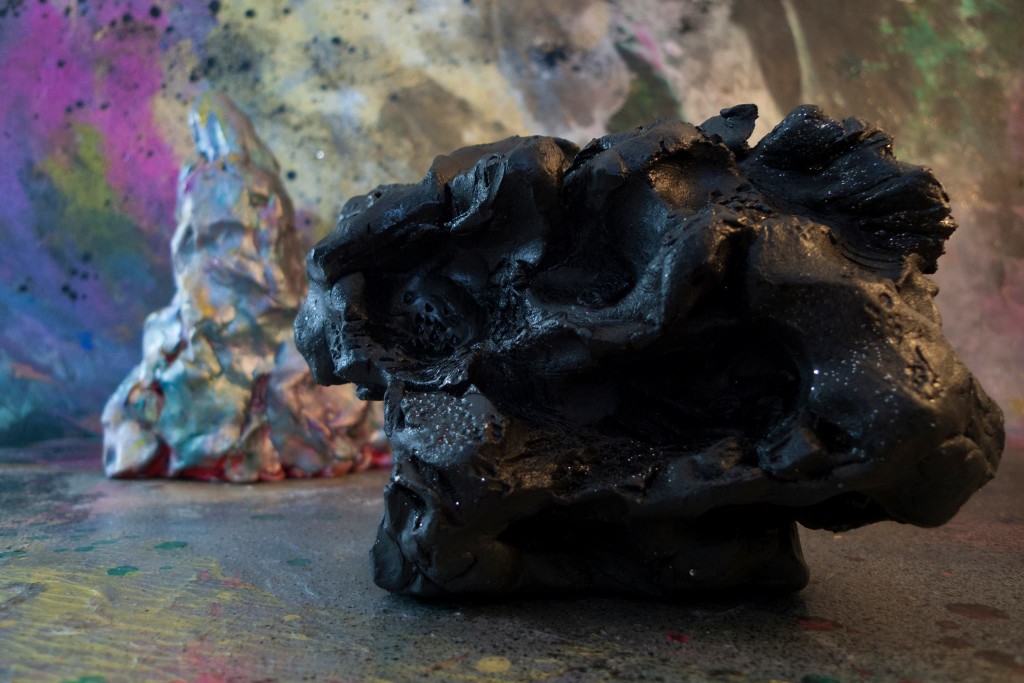 Empty heads waggle their dust tongues – or the ladies from my sensory system manifest their marvellousness.

James S. Nairne on memory theorist Robert G. Crowder:
In the 1990s, he began to dabble with proceduralist accounts of memory, arguing that memory is essentially a residual property of information processing. Drawing comparisons to astronomical events, which can be witnessed eons after their original occurrence, Crowder vexed the memory community by suggesting that memories might not be stored events, but rather forms of continued, or residual processing. Retention, he argued, is just an aspect of the original event itself, manifest at some temporal remove.

These creatures were created using hand gestures driven by cringes, sighs and pain. 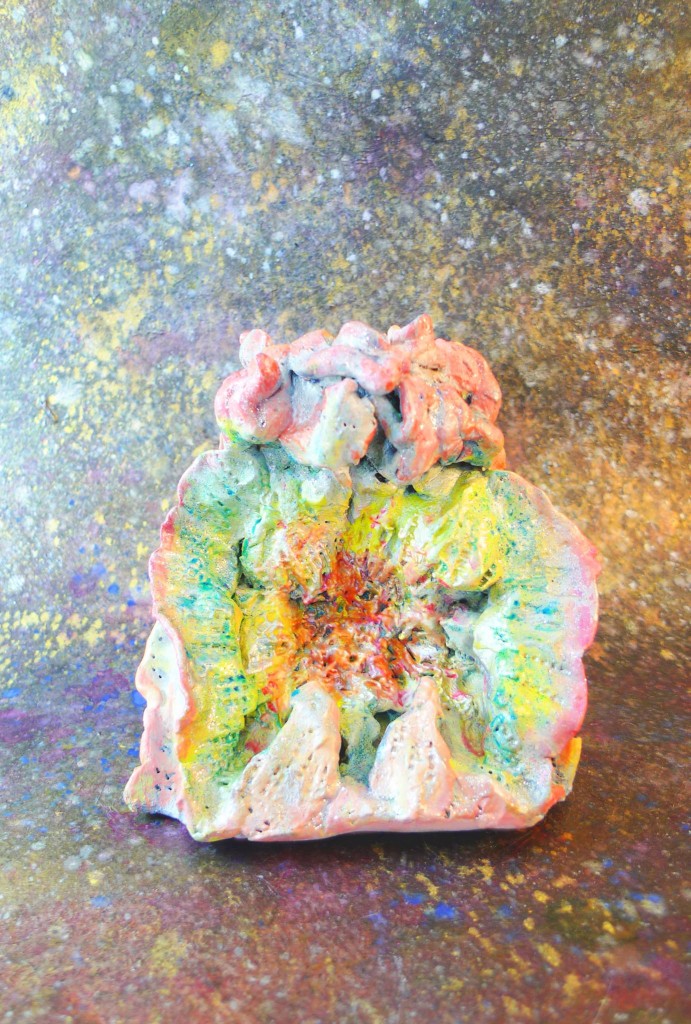 I’m trying to find a way of expressing senses and feelings that seem to have been trapped in my autonomic nervous system. My system is a bit overloaded and this is causing the involuntarily spasming of my pelvic muscles resulting in a lot of pain and difficulty walking. So these ladies, as magical as they seem, are creatures of discomfort, they are ‘pain birthed’.

Once they are ‘born’ and their form is dried, I soothe and appease them with a painterly embellishment. Reflecting on it, this reminds me of embalming, but in reverse. 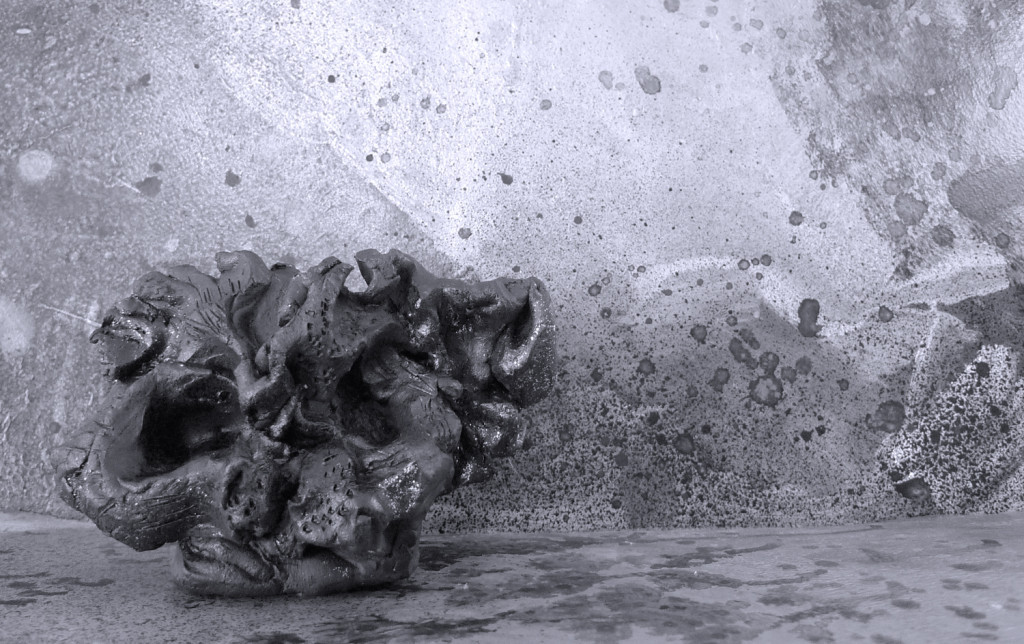 Historically the adornment of icons grants a wish or a miracle, I guess I hope this will absolve me of my pain.

These bedazzled metamorphic blobs are amalgamations of residual memory, experiential debris, sentimental sediments and collapsed saturated meaning. They were excavated from my sensory field through a series of liminal, kinaesthetic, proprioceptive and psychological processes. To celebrate their arrival from limbo, the extracted amalgamates were reverse embalmed, cleansed, embellished and re-wilded within a mimicry of their former cognised environment or umwelt.

In August 2014 the ladies went to town and became a part of an wonderful exhibition of eccentricities, a show in honour of the the marvellous animator Jan Švankmajer at Federation Square, Melbourne. 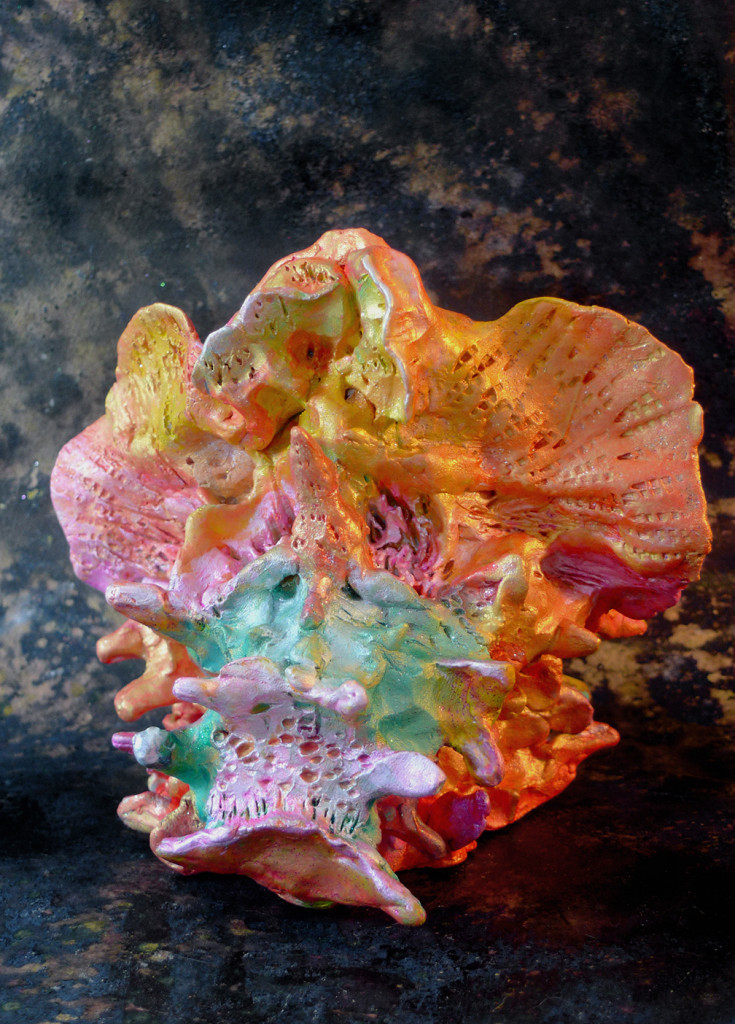 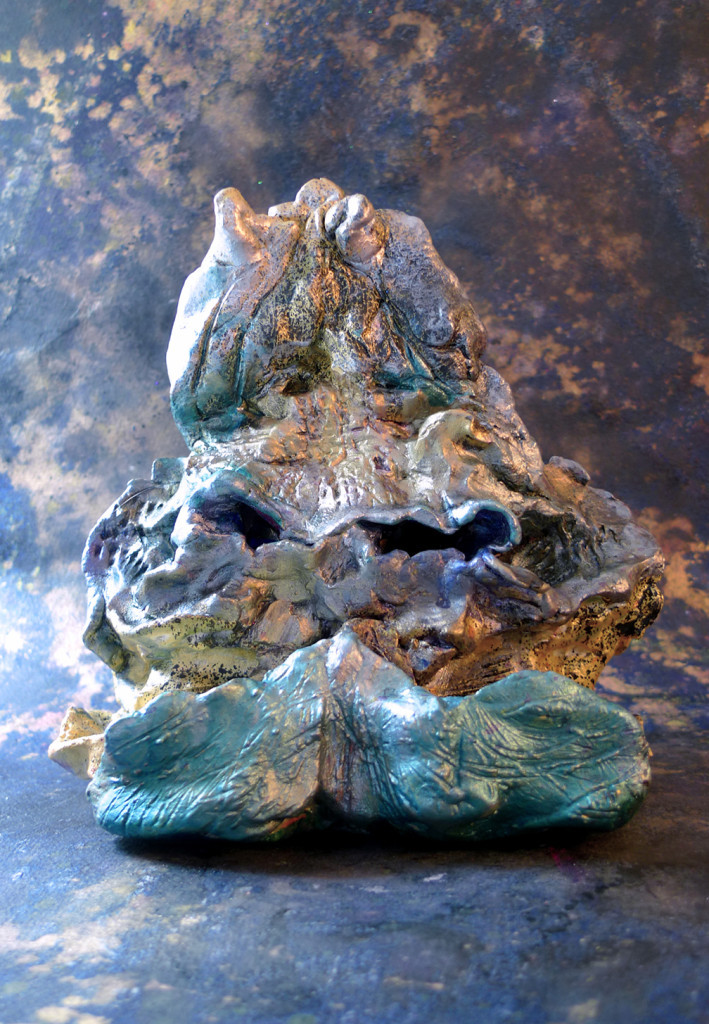