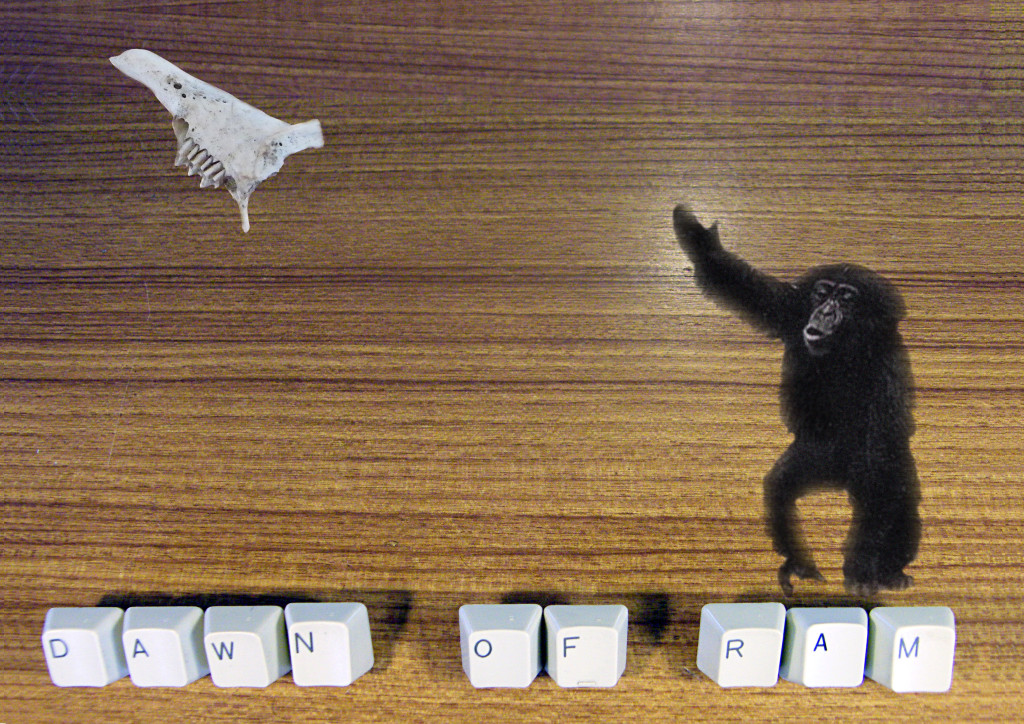 We are in the future, the Chimpanzees, through some fault of humanity, are now the dominant species. They have a culture that is remarkably similar to humans at the end of the middle ages.  Museums and the exotic are particularly fashionable and the Chimpanzees have created museum-like environments to display discoveries from their recent geological endeavours.  The dawn of R.A.M. is a window onto a time from long ago, possibly around the late 20th century. There are no reliable records from this time, but there is a plethora of found materials.  The Chimpanzees have arranged these to the best of their knowledge in an attempt to reconstruct a long lost civilisation. 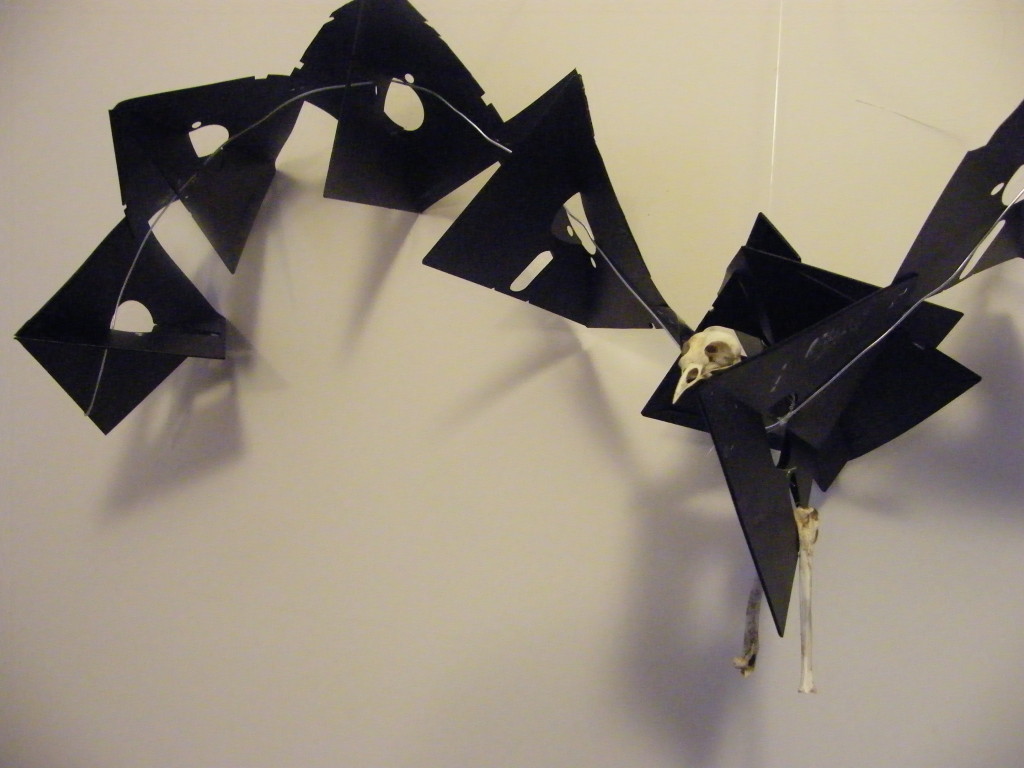 We don’t really know how long it’s going to last (plastics) because it’s so new, … so maybe in a few hundred thousand years that stuff is going to disintegrate. Plastics are the newest hydrocarbon on the block… like when the first trees appeared on Earth made out of lignin. Microbes had never seen lignin before and it took them a long time to learn how to digest it so the first trees, instead of decaying, they just got buried and eventually became our coal bearing layers. Plastics, same thing; until microbes learn how to eat the stuff, perhaps hundreds of thousands of years will go by and a lot of it will enter the geological record. Alan Weisman, Author, The World Without Us, Interview, 13/6/09, ABC Radio National. 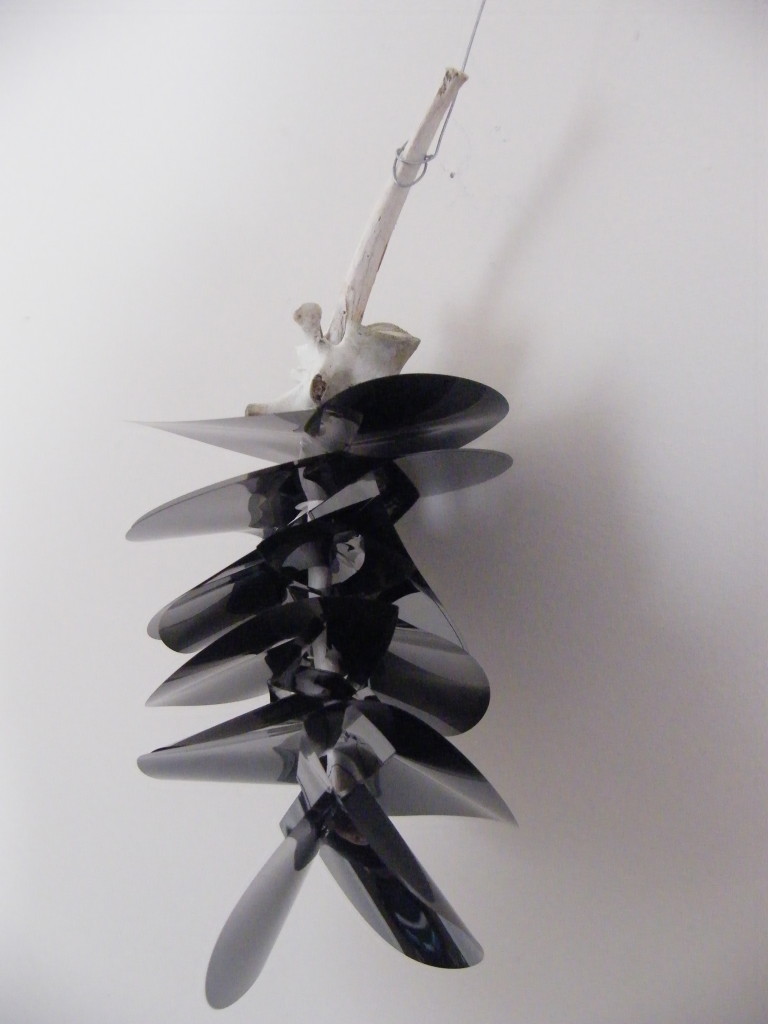 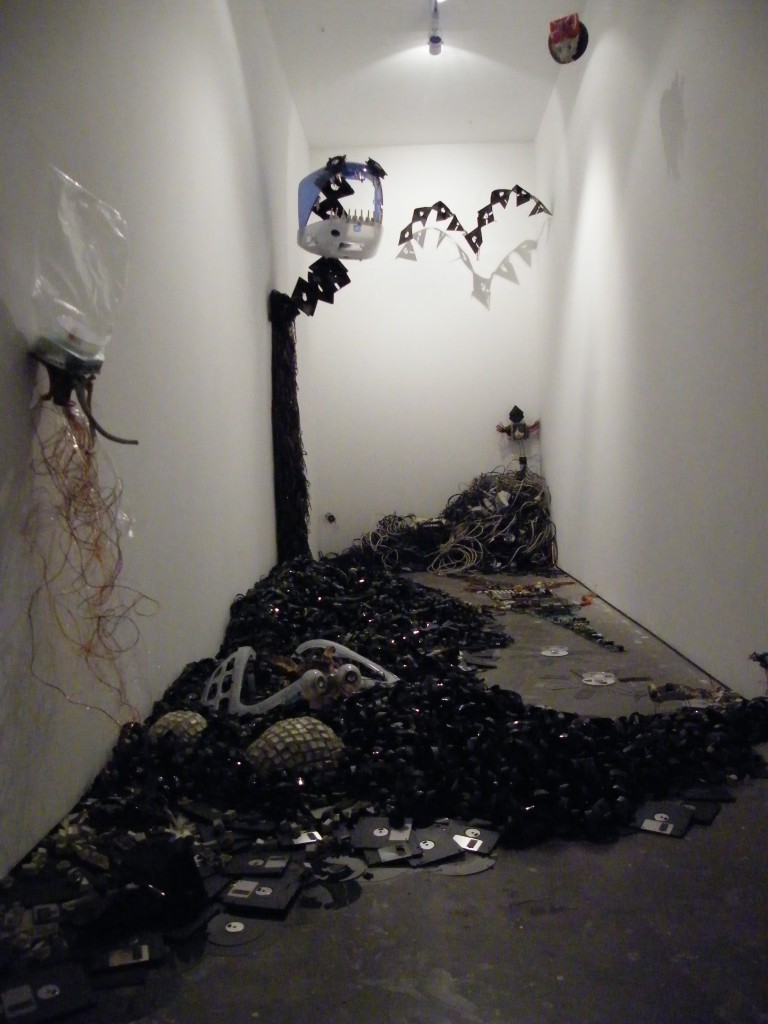